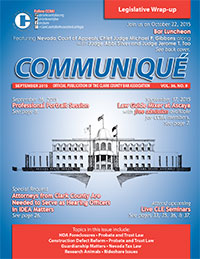 Note: This article was originally published in the Communiqué, the official publication of the Clark County Bar Association (September 2015).

Guardianship is a legal framework for the substitution of an individual’s financial and/or personal decision making by reason of incompetence. Incompetence can be due to minority or a determination of incapacity (mental illness, debility, dementia, etc. as determined by medical guidelines). The party ideally protected has historically been referred to as the “ward” (the most recent statutory changes in Nevada use “adult” and “minor”), while the decision maker is the “guardian.”

AB 325, effective January 1, 2016 as adopted, tackled calls for requiring licensure and other regulation of people and businesses serving as “private professional guardians” – guardians who are not a friend or relative of the ward, a fiduciary, or Public Guardian. AB 325 adds new provisions to Title 54 of the NRS and is easy to read through as passed because it adds provisions to the NRS. (It also amends a provision of NRS 159 that is deleted by SB 262, so there is some uncertainty about how that will play out.)

SB 262, effective July 1, 2015, is more nuanced. It took on qualifications of guardians of adults, balancing competing petitions to serve, and also addressed a prior mandate that a guardian must reside in-state to qualify to serve. 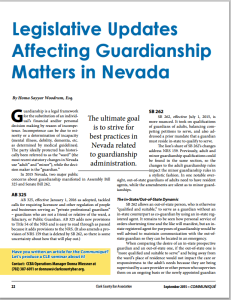 SB 262 allows an out-of-state person, who is otherwise “qualified and suitable,” to serve as a guardian without an in-state counterpart as co-guardian by using an in-state registered agent. It remains to be seen how personal service of orders shortening time and the like will manifest, but an in-state registered agent for purposes of guardianship would be well advised to maintain communication with the out-of-state guardian so they can be located in an emergency.

When comparing the desire of an in-state prospective guardian and an out-of-state one, if the out-of-state one is “more qualified and suitable to serve” and being away from the ward’s place of residence would not impact the care or responsiveness to the adult’s needs because they are being supervised by a care provider or other person who supervises them on an ongoing basis or the newly appointed guardian will move to Nevada within 30 days of being selected, they may be selected over an in-state guardian. (Note: A nonresident guardian could be required to obtain training in or out of Nevada regarding guardianship responsibilities.)

A court, where applicable, is to consider, regarding proposed guardian(s):

Preference is given to a proposed guardian nominated in the will of an estate plan while the adult was competent versus one nominated by another written instrument effectuated while they were similarly competent. So formality may make the decision for the court.
Similarly regarding preference by the court, guidance is given regarding which guardian is most suitable – this means if there are competing petitions, the following order of preference controls:

Preference of Non-Nominated or Familial Relations

In cases where an adult ward is the last of their family alive or perhaps the adult ward has no family able to serve as guardian, the court may appoint a public guardian in the locale where the adult resides, a private fiduciary, or a private professional guardian These parties are on an equal footing with one another after in these types of cases. The equal consideration of these parties is new for guardianship in Nevada.

The Nevada Guardianship Commission, helmed by Nevada Supreme Court Chief Justice Hardesty, had its first meeting on July 15, 2015 and will have further meetings leading up to the commission’s recommendations regarding guardianship administration at the end of the year. The ultimate goal is to strive for best practices in Nevada related to guardianship administration. In Clark County, Judge Steel (a member of the statewide commission) has solicited input from the guardianship bar about changes to rules in guardianship with an eye to improving statewide best practices and offering concrete measures to the Commission by the December 2015 deadline for recommendations.

According to Homa Woodrum’s 5 and 7 year old children, “lawyers help people.” She does her best to prove them right. (WoodrumLaw.com)

Homa Sayyar Woodrum has been licensed to practice law in the State of Nevada since October 2007. She graduated from the William S. Boyd School of Law at the University of Nevada Las Vegas in May 2007 with her Juris Doctorate. Prior to law school she earned her BSBA in International Business at UNLV and has lived in Nevada since mid-2000 after relocating from Wasilla, Alaska. She practices in the areas of Business, Elder, Guardianship, Probate, and Estate Planning Law and started her practice in January 2014. She is an AV Rated Preeminent Attorney by Martindale and Avvo "Superb" Rated (9.8/10). In June 2015, Woodrum Law LLC welcomed Adam L. Woodrum, Esq. to the practice. He brought with him a number of years of experience in Criminal Law.

View all posts by Homa Woodrum →
Guardianship Matters in the Eighth Judicial District Court to be Heard by Judge Steel If You Can Send an E-mail, You Can Start Your Own (Legal) Blog by Homa S. Woodrum, Esq.

July 1, 2016 Comments Off on Five-star Google Review for Woodrum Law

December 8, 2015 Comments Off on Five out of Five Stars – November Avvo Reviews

If You Can Send an E-mail, You Can Start Your Own (Legal) Blog by Homa S. Woodrum, Esq.

June 2, 2015 Comments Off on Guardianship Matters in the Eighth Judicial District Court to be Heard by Judge Steel 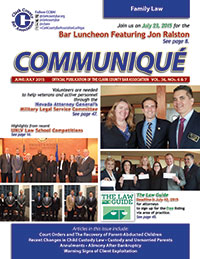